DDoS attacks on governments have continued to make headlines, elevating it to the top of many countries’ national security agendas.

As governments are relying heavily on digital and cloud technologies, the internet has become another major battlefield used for launching attacks that cripple government services and paralyze communications across the country. That is the reason why DDoS threats can also be considered as the Fifth Dimension Of Warfare.

This infographic highlights details of DDoS attacks targeted towards various governments across the world in 2021. It also provides details about geographies, month(s) in which the attacks took place, the number of hours/days of downtime, and the motivations behind such DDoS attacks. 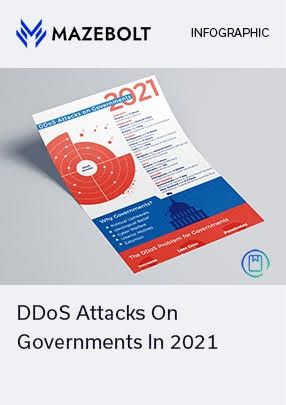