When Telcos are impacted by a DDoS attack, an entire ecosystem of partners, customers, and enterprises, and in fact, sometimes an entire city or region is impacted. As a result, Telcos face damages that are significantly higher than other industries. 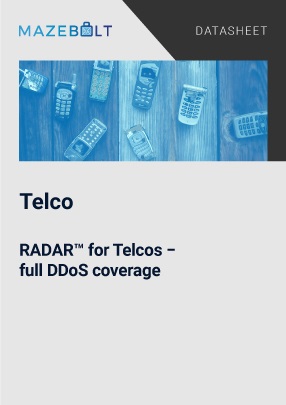